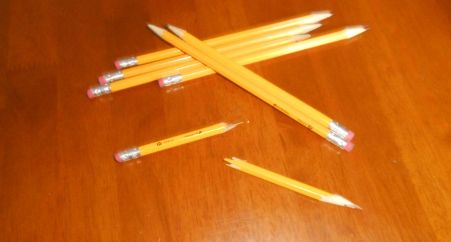 Education has become a sad state of affairs.

Children are taught from an egalitarian perspective with mandated scripts as the panacea that will improve learning and finally bring  pride in our educational system from the world to America.

Except that is only a political game. Education is no longer about serving the needs of children, inspiring future innovators, and improving our way of life. It’s all about the money. It’s all about control and it’s all tied to standardized testing outcomes.

Sounds like a Syfy special, an premise for the novel 1984, or one of those conspiracy nuts trying to rile everyone up again; right?

What if it’s not?

What if this educational dystopia is making its way into your schools and you’re not doing anything about it?

It’s time to find out more.

I recently attended a screening at Vanderbilt University titled Standardized-Lies, Money, & Civil Rights: How Testing is Ruining Public Education. The film is a documentary by Daniel Hornberger who is an educator with strong views. I can’t recall how I initially stumbled onto information about the film, and it seemed that I was the only (former, in my case) public school teacher in the room, so my guess was that it’s not being promoted within the teacher community as of yet.

That was disappointing because every teacher needs to see this film.

The film begins with a historical recollection of how the educational system began to push testing through small steps introducing it as increased accountability with Bill Clinton, George Bush, and ratcheting up the stakes presently with Barack Obama.

Throughout the film, we are introduced to several outspoken education reformers including Mark Naison, Diane Ravitch, Shaun Johnson, and Timothy Slekar; along with Pennsylvania state representative Mike Tobash and Dr. Henry Cram who is the president of the Middle States Association Commission on Elementary and Secondary Schools. All of these people have a stake in education, and are vocal supporters of reforming the current standardized testing climate prevalent across the United States.

Standardized-The Film takes great care to contrast what communities consider valuable in education with the mandated standardized testing that was created (supposedly) to assess educational value.

We watch how influential testing has become with symbolic gestures to equate testing with fun. I can’t help but cringe watching teachers and principals dress foolishly, sing, and dance in an attempt to gain “buy-in” from students with standardized testing propaganda. I was, unfortunately, witness to this happening in several schools throughout my recent educational career. (After all, test scores now mean teacher job security in several states.) Even the stoic audience at the film I attended sat seemingly considering if this was a good thing or was it in some way evil.

We are reminded of Judge Rick Roach of Orange City, Florida who demonstrated a flaw in testing by taking and failing Florida’s own FCAT (even though he holds two Masters Degrees in Education). In Dr. Tim Slekar’s story (Dean of The School of Education at Edgemont College in Madison, Wisconson), we learn about  his child’s poor writing score and the pathetic attempt to support the standardized instructional method that strips creativity in writing in elementary schools. The standardization in testing movement affects every child.

What’s a film without a little coercion or extortion?

that public education is, “doomed to failure”.

The pressure is on teachers and students to fix it…somehow.

We hear from several more prominent names in education who confess that “nobody knows what’s on the test” and question the validity of more student data as the answer to fixing a broken system.

It’s all about control. It’s a kingdom that needs to be dismantled and stripped of oppression before public education can make any progress. Otherwise, we’re spinning our wheels or plummeting into the abyss.

Pearson. Ask any current educator and they’ll know the name. Think of them as the McDonald’s of education. Of course, McDonald’s has more competition and is voluntary. Pearson is not in most of education.

Pearson began as a construction company (in the Industrial Revolution), but found that it could make more money slowly acquiring educational companies and now expands to a global market. As a multi-million dollar company, they’re enjoying their dominance in the educational market as the King of Standardized Testing and it seems that they’re spreading their influence throughout the global market.

Pearson has slowly infiltrated the educational world and there’s no going back for now.

You might be asking- WHY?  Why would educational systems and testing companies focus on destroying individualism  in our children? Aren’t they just trying to help us identify our strengths and weaknesses so we can support children’s learning ?

Standardized testing was developed to give ONE snapshot of your child’s abilities. If I showed up at your house one day, and walked through every nook and corner could I evaluate your proficiency as a cook, a responsible homeowner, or a parent?

Teachers evaluate daily. We consider backgrounds, foregrounds, in class, at lunch, on a test, during a presentation, on a good day, & on a bad day. It tells a story, not a snapshot and definitely not one that slaps a label (and an intervention time) on your child. Every child is unique and this industrial model to education does a disservice to their creativity and individuality. It’s not a question of worthiness. All children are precious.

Standardized testing demands a “specific curriculum” as Dr. Cram explains in the film. It’s all about the push for an industrial business model and how your child fits into the model. NOT how the education fits your child.

Wouldn’t it just be a better world if we were all equal anyway?

No, because we are all different; with different abilities, aptitudes, interests, strengths, and weaknesses. We crave our own identities and forcing us all into the same box may be convenient for some, but it just won’t work.

Equal does not mean fair. Equal does not mean identical. Kids can’t learn through coercion and standardization although the powers that be are sure trying it. Frustrating some students and holding back others doesn’t present a fair situation. Anyone who has more than one child in the home knows that they are all very different and need different approaches.

Children are not widgets. Unfortunately, education is forcing the industrial approach to our schools and our children.

As Mark Naison says in the film, “They don’t know shit.”

But, could there be a ray of hope?

Whether you are for public education (or any education worthy of your child), this is the time to get informed about the push to standardize education not only through testing, but through instruction too. Think about it; how else do you do well on the tests? You need to teach exactly what’s on the tests.

Those of you who have given up on public education for your children and are sending them to private school, be careful. You are affected by the testing too (or will be someday) if test companies in cooperation with educational systems have their way. All of that government money in the form of a lunch program here and Blue Ribbon status there is tied to someone else’s mandate.

The anti-standardized testing movement is gaining traction. Valerie Strauss, who writes for the Washington Post frequently highlights anti-standardization movements, Diane Ravitch ‘s blog is approaching 11 million hits, and Standardized-The Film delivers on tying up all of it into a tidy hunk of a package that will make educators cheer and hopefully open some more eyes throughout the rest of the community.

Once again, I’ll quote Mark Naison (just because he nailed it again), “If parents revolt, you got a chance.”

You are the hope. You can join a state or national United Opt Out movement, read more about it or join a Facebook group that promotes a fairer test, and you can let your child’s teachers and principal know that your child is unique and does not need standard instruction. Your child needs to be treated as an individual and one test does not get to decide your child’s educational identity.

Do your homework though. I’m reading more and more about what happens when you make the decision to “opt out” and the retribution that befalls students and their families. Stay informed.

As someone says in the film, “We’re not going to give you the data.” It’s a seemingly easy solution.

Teachers continue to try to not focus on the tests when it comes to instruction (undercover when they can) even though they are threatened with their jobs to sit down, shut up, and do what they’re told. Autonomy, flexibility, creativity, innovation, and individualism are on the line. They must go if teachers want students to pass the test and in turn, keep their jobs. Teachers really need your support.

We are a country of rebels and it’s time to show that we are willing to speak up. Read more about  kindergarten standardized testing and push to pursue even more early childhood education all in an effort to track students.

Standardized- The Film informs, supports, and inspires you to find out more about what’s going on in education and you really do need to see it.

After my viewing, the camaraderie faded as my cynicism returned.

I was extremely curious to hear the impressions and questions that were to come from the audience afterwards during the Q & A session knowing that I had witnessed most of the film’s content first-hand. The propaganda and the constant  pressure directly contributed to my current withdrawal from public education.

As I scanned the room filled with 30 some people (who seemed to all be students besides myself and the speakers), I imagined how a roomful of current teachers would respond to the film with much more vigor and much less confusion.

I was impressed by the questions that were asked before the session began.
There were questions from college students interested in education like:

“How do you spend 200 million dollars on tests?”

“What is the rationale behind testing 4 and 5 year olds?”

“Is it necessary to compare students to other countries?”

“Is the Opt-Out Movement gaining traction?”

Most of the questions were dismissed in an effort to stress the role of assessment and the accountability schools have to the people who provide funding. Both Dr. Singer-Gabella (Peabody’s associate chair of the Department of Teaching and Learning) and Dr. Gary T. Henry (Professor of Public Policy and Education) dismissed much of the film adding that the struggles in education are “about poverty” and not about standardized testing.

Dr. Gary T. Henry (someone who has developed standardized tests) responded to the last question concerning the Opt-Out Movement in Tennessee while adding with a chuckle,  “There were 8 people in Tennessee.”

It seems to me that the powers that be don’t see teachers, students, or parents pushing for big changes to standardized testing in schools these days. They seem to think our mission is laughable.

For standardized testing proponents and their associates this means- business as usual.

One thought on “Standardizing Education: + a review of Standardized-The Film”